Roland Mouret was born in Paris in 1962 and had no more training than a 3 month stint at a Parisian fashion college in 1979.  Somehow, despite his lack of formal training, he seemed to understand the way a dress in particular, should fit a woman’s body.  He partnered with the Meyers (Sharai and Andre’) who bought his namesake line in 1998.  Mouret introduced his Galaxy dress in his 2006 collection and it was an immediate success sending ripples through the fashion world.  Vogue Magazine said  ”for weeks you [couldn't] open a newspaper or magazine without seeing another young Hollywood A-lister wearing it”.  Less than 2 months later,  he split with his backers, the Meyerses and neither side ever elaborated on the break up.  Mouret took a 2 year break and launched RM by Roland Mouret and eventually bought back the rights to the Roland Mouret name in September 2010.  He opened his first retail store in London in 2011. 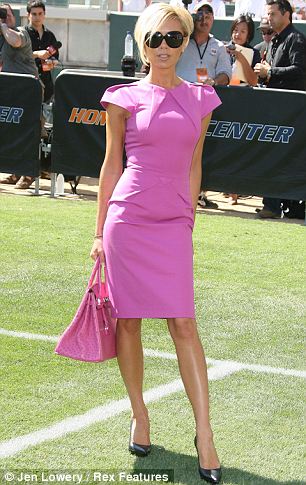 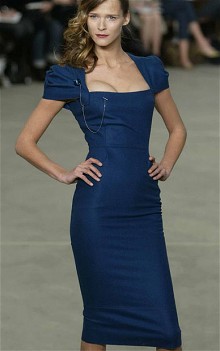 Roland Mouret has designed a 25 piece collection for Banana Republic and it will be available on August 7th, and will feature a beautiful mixture of skirts, trousers, tops and dresses in a muted, classic color palette. There is no doubt Mouret’s iconic dresses in particular, will be the most popular.  With price points between $49.50 and $165.00, everyone can afford a piece from this talented designer!  The limited-edition items feature the retail brand’s signature Sloan fabric — a rich, bistretch material that Mouret hand-draped, cut, and pinned on the body to create his classic hourglass structure. Heavy Sigh 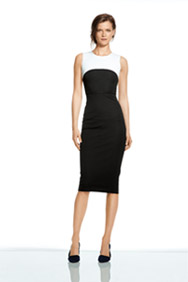 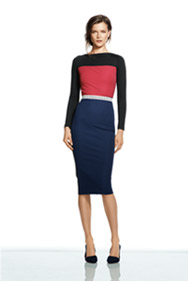 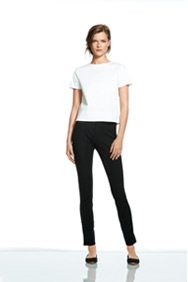 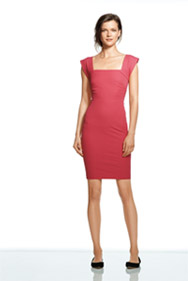 As readers may recall, I had quite an adventure acquiring a certain Marimekko skirt when BR launched their collaboration with the Swedish fabric line.  I am a little wiser and a lot smarter now, so I have my list of must-haves from the Roland Mouret collection, and I am sure, a story to share. Stay tuned.

PS-  BR cardholders get a chance to buy a day early online.  Go sign up for a credit card, NOW!

PPS- check out this video for the collection featuring Karolina Kurkova http://youtu.be/ZLG2oKIwhSc

This entry was posted on Monday, August 4th, 2014 at 7:00 pm and is filed under Events & Happenings, Seasonal Trends, Shopping, Stores, Uncategorized, Womens dressing. You can follow any responses to this entry through the RSS 2.0 feed. You can leave a response, or trackback from your own site.